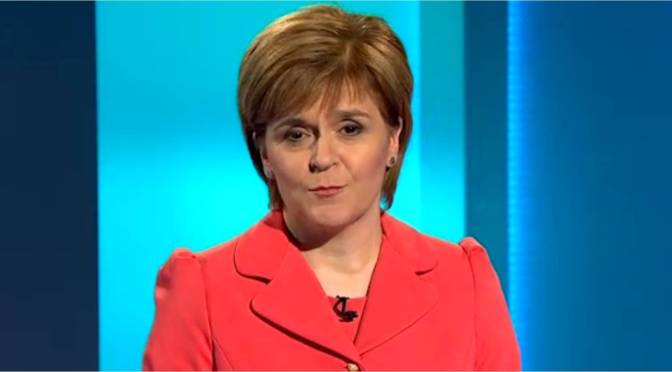 David Cameron didn’t want to do any of the TV debates, so to have come through them relatively unscathed is probably a result for him.

Nicola Sturgeon probably gained most from the two hour TV marathon last night.  Although there was no consistency in the post broadcast polls, one from YouGov actually put Sturgeon on top with 28%.  Miliband did better than Cameron with top or equal top position n three of the five polls.

Sturgeon looked to be making overtures to Labour by supporting the party’s plan to restore the 50p top rate of tax, clearly with a mind to support a minority Labour victory. Green Party leader Natalie Bennett looked uncomfortable at times as did Leanne Wood of Plaid Cymru, who targeted most of her points at the Welsh audience.

Clegg attacked Cameron for tax cuts for the rich and went on the offensive several time with his partner in government – clearly seeking to put clear blue water between his party and the Conservatives.

Still to come is a BBC debate involving just the opposition party leaders, so no Clegg or Cameron, on 16 April.  There will also be a special Question Time on BBC One, one week before the election, with Cameron, Miliband and Clegg separately answering questions from a studio audience.  Drama is unlikely to ensue, but watch this space.