There has been much talk about David Milibands digital plans for the leadership contest,  and both brothers represent a generation that should be more web savvy.  However both need to get a better understanding and a firmer grip on the social space.

Ed Miliband was bounced into announcing his intentions early because  constituency  party member Mary Wimbury tweeted about his plans on Friday night when activists were ask to endorse his plans.  “At Doncaster north labour party. Delighted that Ed Miliband has told party members he is going to stand for party leader.”

Whilst the brothers are avid users of twitter David in particular has been dogged by fake twitter accounts. As recently as last week party members were ‘retweeting’ comments from a fake DMilibandMP.  The nature of social media is that it is difficult to regulate and manage, however the potential for campaigns to be thrown off course is real and immediate.  Therefore it is essential for the modern politician to monitor the social space and engage the expertise required to deal with both the threats and opportunities from social networks.

We’ve changed the name of the blog as the UK election is now over.  There is still plenty to discuss in the realm of politics and the social web, Ed Miliband will think so given that he was bumped into announcing his candidature for the Labour leadership after it was leaked on twitter.  So the blog will continue, and it may even revert to its original name if the cracks that are already opening in the Lib Con coalition continue to widen.

The 55% rule on dissolution is the stitch up of the century but it strikes me that it is evident that the people who put this together and are now in government are, how should I put this, a bit stupid?  The relevant text in Con Lib deal goes as follows:

The parties agree to the establishment of five-year fixed-term parliaments. A Conservative-Liberal Democrat coalition government will put a binding motion before the House of Commons in the first days following this agreement stating that the next general election will be held on the first Thursday of May 2015. Following this motion, legislation will be brought forward to make provision for fixed term parliaments of five years. This legislation will also provide for dissolution if 55% or more of the House votes in favour.

In a well argued piece by Louise Balldock it is clear that they the Tories are trying to make it impossible to oust them from Parliament even if the coalition falls apart, they alone could put up more than 45% of the votes, rejecting dissolution.

But this is the stupid bit.  They can’t rig votes on bills, so if the coalition does fall apart and there was a majority in favour of dissolution all they would have to do is vote through an amendment to this crass Act restoring the principle, up until now delivered through convention after the passing of a motion of no confidence, of a simple majority for dissolution.  Makes you despair.

Wordcloud of the Conservative and Liberal Democrat coalition agreement created by Chris Quinn at www.wordle.net 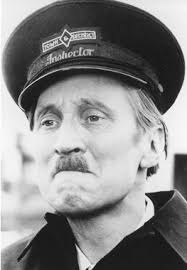 This extraordinary argument played out live on Sky this evening after Gordon Brown announced that he would be stepping down.  Murdoch owned Sky News hasn’t exactly established itself as a bastion of independent minded analysis during this election but the sight of the political editor of a major broadcaster being drawn into a heated exchange like this is amazing to behold.   You might almost imagine he was angry at the possibility of discussions between Labour and the Liberal Democrats.

Logic dictates that this blog should shuffle off or transform itself into something that covers the wider issues of politics and social media, but we live in interesting times.  I think that the chances are extremely high that 2010 will see a second UK general election.

If the LibDems do a deal with the Conservatives the backlash that they will face for ‘dancing with the devil’ with no promise on voter reform will inevitably destabilise the coalition, that’s if it gets off the ground.  A Conservative minority government wouldn’t last long and a Labour/LibDem/SNP/Plaid Cymru/DUP/Green coalition would be inherently weak.

It’s hardly a cast iron solution but another plebiscite is looking increasingly likely.

Today the leadership, MPs and Federal Executive of the Liberal Democrat party are meeting to decide in which direction the party will leap, if indeed they opt for either.  Today’s discussions will decide who will be Prime Minister and which party or parties will form the government.   These are closed meeting but the social web is play a really significant part in the debate.

Yesterday Mark Pack, joint editor of Liberal Democrat Voice used the blog platform to open out the debate “On Saturday afternoon the party’s Federal Executive is meeting to discuss how the party should handle the Parliamentary situation… in order to ensure that people have a chance to send in a view that will be read before the meeting, we’ve agreed with the Party President Ros Scott a special email address which can be used to email in your views.”

There has been ardent discussion on twitter with the hashtag #DontDoItNick trending and a Facebook group has been created which the administrators claim is being monitored by the party hierarchy.  Currently it has 14,000 members and is growing at a rate of over 1000 an hour.  A Flashmob organised mainly via social networks has appeared outside of the Liberal Democrat HQ.  At the same time Sara Scarlett – Director of Development at Liberal Vision has been gauging support for a Con/Lib agreement. This could in the end turn out to be the social media election that many predicted.

The combined Conservative and Labour share of the vote fell to less that two-thirds of the total ballots cast for the first time since 1918, the election that followed the great war.  That’s important because the two main parties have dominated politics for generations but their stranglehold is slipping and has been gradually eroded in successive elections since the middle of the last century.   In this election is was around 65.3%.  What that means is that even under the first past the post system hung parliaments are increasingly likely.

In order to form a majority administration Labour or Tory parties in the future will have to include the LibDems.  Wouldn’t it make sense to get in first and build the foundations of future coalitions.

By now you will have seen the extraordinary front page of  The Sun.  This image appeared as a twitpic reply within an hour or so.  We’ve posted it a little after midnight and it is currently getting more than 1000 views a minute.  It is not beyond the bounds of imagination that it could get more views than the Sun’s front page by close of voting.  Click the image to register your view.