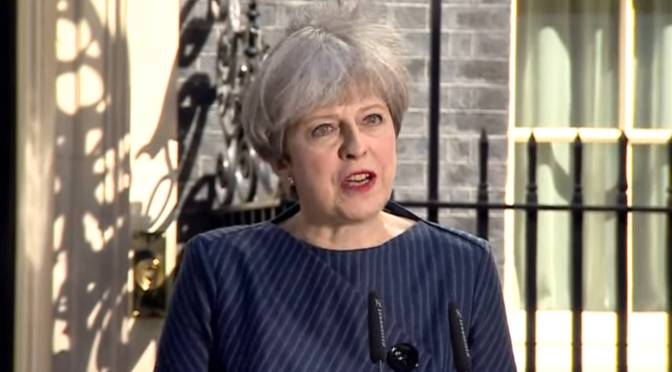 We predict a Tory victory tonight but it will not be a good night for the Tory PM.  She won’t get a resounding mandate and she will be seen by history to have wasted precious time for Brexit talks with a pointless election.

Survation was the polling firm that called it right in 2015 when most pollsters were way off.  Here’s their final prediction:

If you put that data into the Electoral Calculus prediction tool it suggests the Tory party will be two seats short of a majority. That would be a disaster for May and she’d be a lame duck PM unlikely to make it to the end of her term. Or even worse she might need to call another election within a year.

We don’t think it will be quite that bad for her but given that retaining the same majority now looks like a good result for the Conservatives there’s no way for May to spin it.  The election was a bad call and it was badly fought. June could yet be the end of May. 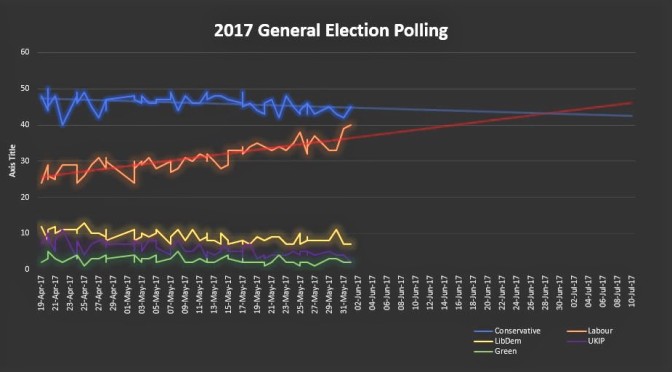 We believe if the general election took place just three weeks later on 30 June instead of 9 June, Labour would win.

We’ve taken all of the polling data since the election was called. When you add the trend data for the two major parties you can clearly see Labour has built it’s support quickly while support for Theresa May’s Tories is sliding. Using only the data, shown with the straight linear trend lines on the chart above, Labour would overtake the Conservatives on the 30 June.

Using all of the polls irons out the fluctuations and the trend is clear. It looks like the Conservatives will hold onto their lead and still win next Thursday. The trend data predicts  44% for the Tories and 39% for Labour on election day. If that’s right it would be a major blow for Theresa May and a significantly worse result for the Conservatives than 2015 with a possibility of a hung parliament. 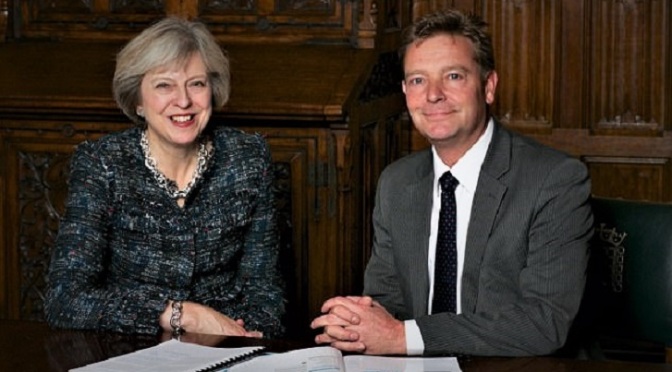 Craig Mackinlay, the Conservative MP for South Thanet, is facing charges for illegal election spending during the 2015 general election. We speculated at the start of the campaign that the election had been timed to avoid a number of such cases coming to light.

PM Theresa May said: “The Conservative party continues to believe that these allegations are unfounded. Craig Mackinlay is innocent until proven guilty and he remains our candidate.”

In 2015, Mackinlay beat the then UKIP leader Nigel Farage by just 2800 votes.

Mackinlay faces two counts of having knowingly contravened the 1983 Representation of People Act over election expenses. He could be tried at a crown court. If found guilty the former MP could face a prison sentence.

The South Thanet constituency has a colourful past. Not only has former candidate Nigel Farage been named as a persion of interest in the Trump/Russia investigation a former MP for the constituency Jonathan Aitken  was convicted of perjury in 1999 and received an 18-month prison sentence. 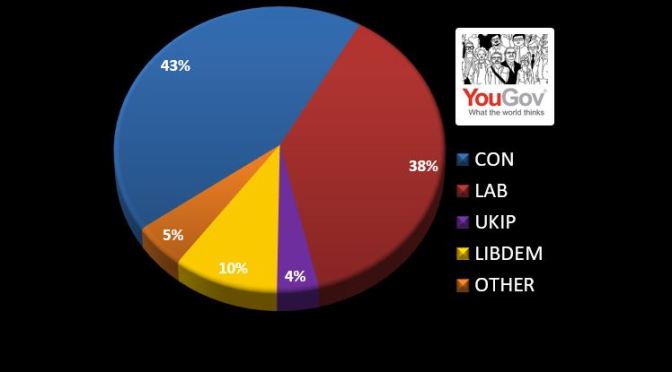 Labour has cut the Tory lead in the polls to just 5% according to the latest YouGov poll for The Times. The LibDems are back to 10% after a small recent drop but are still failing to make inroads with their anti-Brexit stance.

The survey suggests that the gap between the two main parties is down to single figures for the first time since Theresa May called the snap election on 18 April. Labour has made steady gains in recent weeks.

It’s unclear if the Manchester suicide bombing has been a factor but the trend was emerging prior to the terror attack.

It has been a strange few days in an already strange election campaign. The latest polls suggest that we still can’t be certain of the outcome and there is no way of guessing what will happen in the next two weeks. 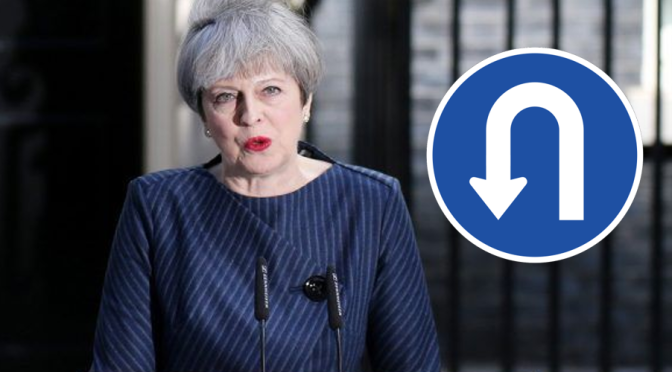 Two polls appeared yesterday (Sunday 21 May) which halved the Tory lead and took it down to single digits.  Whilst it’s still a big margin, it’s the first time since the PM called a snap general election the polls have suggested anything other than a Conservative landslide.

Many people have suggested that the big blue lead has not just been an opportunity to get a hard Brexit mandate but it was a chance to get a blank cheque on a series of potentially unpopular policies. The Conservative Manifesto unveiled last week did little to quash that theory.  Centre stage was a policy that was quickly dubbed the Dementia Tax.  Those needing care in old age would have to pay if they had assets, including their home, that totalled £100k or more.

Today Theresa May said “nothing’s changed” whilst making an extraordinary U-turn. The PM announced the Conservatives would pledge to introduce a cap on lifetime care costs as she launched the Welsh Conservatives’ manifesto, in Wrexham.

But Ms May refused to admit she had performed a U-turn whilst announcing a “consultation will include an absolute limit on the amount that people have to pay for their care costs.”

Andrew Gwynne, Labour’s election co-ordinator, called the PM “weak and unstable”, adding: “She is unable to stick to her own manifesto for more than four days. 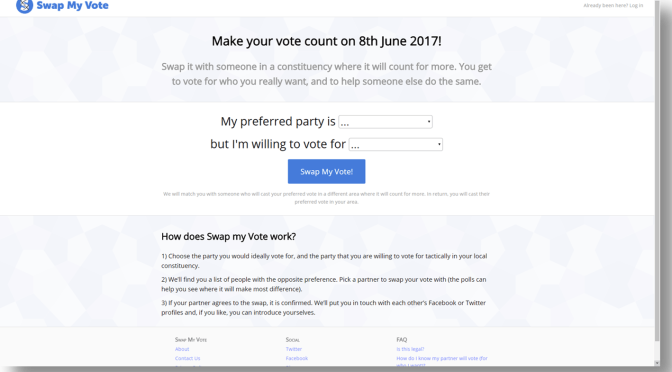 The first past the post system in the UK means that most of our votes don’t count. It’s been suggested by the electoral reform society that up to three quarters were wasted in 2015. Some voters don’t bother voting, many vote tactically but many can’t because the party they support is likely to be third or worse in their constituency. In 2015, 50% of votes were cast for losing candidates .

Swap my Vote has been created to tackle that problem. The platform uses social media to help pair voters who want to swap, each casting each other’s preferred vote where it counts most.

You decide which party to support and a party you would be willing to vote for tactically in your local constituency. The platform delivers a list of people with the opposite preference. Pick a partner to swap your vote with (the polls can help you see where it will make most difference). If your partner agrees to the swap, it is confirmed. Swap my Vote also puts you in touch with each other’s Facebook or Twitter profiles. 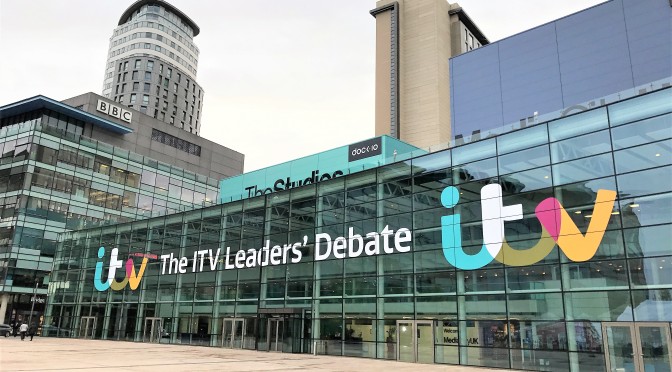 Both the Prime Minister and Leader of the Opposition have said that they won’t attend the live ITV Leaders Debate in Media City tonight. The prime minister has calculated that the Tory lead is so large she can absorb any damage. The Labour Leader, if the current polls are right, has little to gain.

Surely that’s not the point. In a democracy our leaders have a responsibility to put themselves up before the voters. They have a moral obligation to have their policies and character tested in public and before the huge audiences that only television can bring. Anything else is contempt for voters and contempt for democracy itself.

The remaining party leaders will be taking part in a televised debate this evening on ITV at 8pm. Liberal Democrat leader Tim Farron, UKIP’s Paul Nuttall, the SNP’s Nicola Sturgeon, Plaid Cymru’s Leanne Wood and Green co-leader Caroline Lucas will all be there for the two-hour show being broadcast from the dock10 studios in Salford.

ITV said the invitation to take part remains open until the programme starts at 8pm, but if they do not show up they will not  being empty chaired as ITV said the stage will have “the right number of podiums for leaders who attend on the night”. 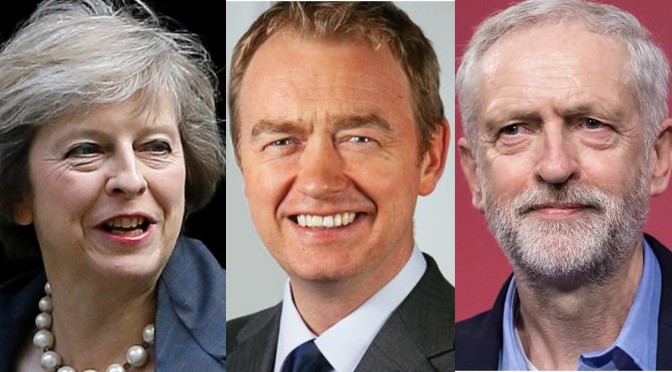 This is the Brexit election. It was called because of Brexit. It will define Brexit and all of the parties have Brexit at the core of their manifestos.

The Conservatives are asking us to back a hard Brexit. Lowering immigration at the core and would come at the expense of a trade deal if necessary.   In Theresa May’s Lancaster House speech in January, when she warned that “no deal for Britain is better than a bad deal”.

Labour wants a soft Brexit. Keir Starmer MP, Labour’s Shadow Secretary of State for Exiting the European Union, set out Labour’s approach to Brexit: “We will scrap the Government’s Brexit White Paper and replace it with fresh negotiating priorities that…will have a strong emphasis on retaining the benefits of the Single Market and the Customs Union”.

That’s right, we can remain in the EU if enough people vote for the LibDems but the polls say that’s not happening. Perhaps people don’t understand or believe that we have the democratic option to reverse a decision that was more about the political ambitions of a bunch of old Etonians than it was about the future the 65 million. 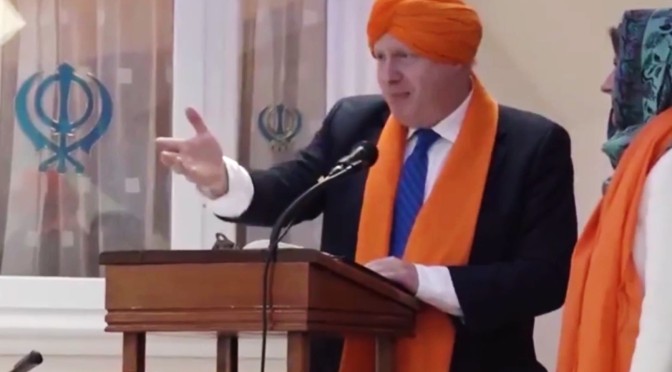 The Foreign Secretary may be on his way out after a major cultural gaffe during a campaign trip to  Bristol.  This morning Theresa May refused to guarantee Chancellor’s job after the election. She must surely be considering replacing Boris Johnson after he demonstrated a basic understanding of religion and culture in India, a major economic and political ally.

Boris in an orange turban he’d no doubt chosen for the photo ops was advocating a free trade deal when he said:

“Whenever we go to India – to Mumbai or to Delhi – clinking in our luggage we have to bring Johnnie Walker…becasue as you may know, there is a duty of 150% in India on imports of Scotch whisky.”

“But imagine what we could do if there was a free trade deal with India, which there will be.”

His comments provoked a fury and one women, named as Balbir Kaur, took him to task on the spot:

Sikh’s as Boris Johnson should have known do not drink alcohol. 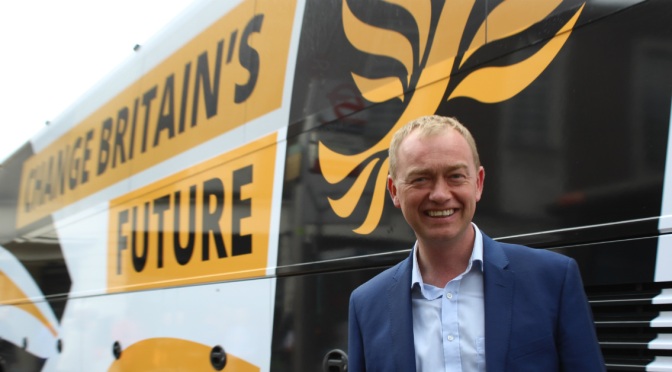 Brexit is the top issue. The LibDems are committing to a 2nd referendum on the Brexit deal, with the choice to reject the deal and remain in Europe.

There is also a promise to invest £7bn in schools and colleges and help for young people to buy their first home for the same cost as renting.  They are pledging an £6bn a year for the NHS paid for by raising income tax rates by 1p, with £1bn of that money ring-fenced for mental health care.

Tim Farron the Lib Dem leader says “Theresa May and Nigel Farage have put our country on a perilous path, towards a bad Brexit deal and weaker public services. This election is your chance, your choice, to change the country’s direction. Only the Liberal Democrats are committed to keeping Britain in the single market. We believe the British people should have the final say on the Brexit deal, including the option to remain in the EU”.