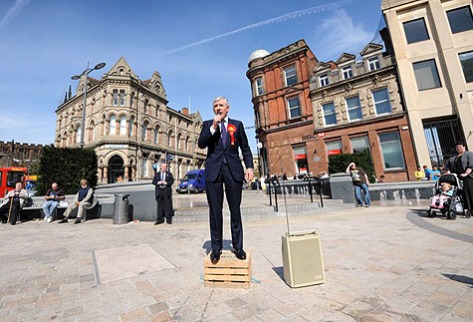 Henry Macrory the Head of Press at the Conservative Party posted a tweet today with a link to the picture (above) of Jack Straw talking to an empty square in Wolverhampton this week.  He had uploaded the picture himself and it appears today on the Conservative Home blog stating – No one is listening to Labour, John Prescott couldn’t attract a crowd last week and Jack Straw has the same problem this week.  But the scene below was caught on video by the local Express and Star newspaper and shows Straw wrapping up his soapbox address to a fair size crowd. 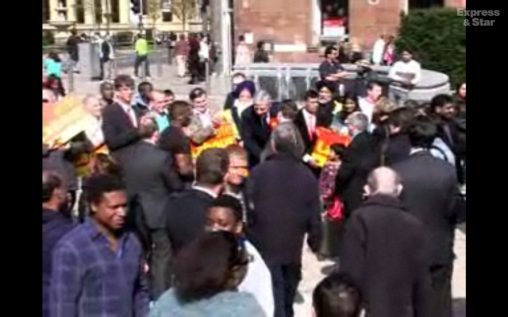 It seems the new generation of political spinners are adept at using the web to twist a tale, but the web is getting adept at catching them out.
Join 3,550 other subscribers