The PM’s decision to suspend Parliament for five weeks was unlawful, the Supreme Court ruled yesterday.

Boris Johnson reacted by saying that he “profoundly disagreed” with the ruling but would “respect” it.  A  government official said that he  spoke to the Queen after the  ruling.  The BBC reported that the Leader of the Commons Jacob Rees-Mogg said to cabinet ministers that the court enacted a “constitutional coup”.

The PM insisted he still planned to outline government policy in a Queen’s Speech on 14 October.  During a speech in New York, where he was attending UN meetings,  the PM said he “refused to be deterred” from getting on with “an exciting and dynamic domestic agenda”.

The House of Commons has voted by 328 votes to 301 to take control of the Commons order paper. It essentially means that the Prime Minister has lost control of the House and stregthens the likelihood that the Commons will vote tomorrow to say that we can’t leave the EU without a deal.

An angry Boris Johnson confirmed that he would seek a general election by tabling a motion under the Fixed Term Parliament Act.

Government can no longer command a majority in the House of Commons.

Two votes in 24 hours have demonstrated that the government has lost control of the House of Commons in the critical run up to a meaningful vote on the only deal on the table for leaving the European Union. Yesterday the Commons voted by 303 to 296 to limit the government’s tax administration powers in the event of no deal. Today they voted to require the PM to come back with a new deal within three days if the current deal is voted down.

In years gone by this would have meant the collapse of the government and a general election. Since the introduction of the Fixed Term Parliaments Act however the lame duck government can limp on, incapable of passing important legislation, until a formal motion of no confidence is passed.

The Labour Party has indicated that they plan to table such a vote if, as is likely, the Government loses the meaningful vote on May’s Brexit deal.

What can we probably expect?

What can we definitely expect?

Having analysed the public declarations of Conservative MPs this morning we’re predicting that Theresa May will win the vote of no confidence and probably by a big margin.

Of the 115 we’ve found who have gone public, 109 are supporting their party leader and just six have indicated they will vote against her. This is fewer than half the total number of Tory MPs but it is a big sample. Amongst the 109 there may me some who voice support but will secretly cast a vote of no confidence. There’s also an argument that says you are more likely to go public with a declaration of support than disloyalty. Both these factors would have to loom large to have an impact on the result.

It may not be a landslide but it will be a sizeable victory and no further leadership challenge will be permitted for 12 months. It will put May in a far stronger position than she was at the start of the week.

You can see a full list of Tory MPs here with an indication of how they will vote tonight.

This is the bizarre moment when Prime Minister Theresa May was accused of a “premature  parliamentary ejaculation” and immediately decried that she was incapable of such a thing. The accusation and denial ‘came’ during questions following the withdrawal on the meaningful vote on May’s Brexit proposal.

George Osborne is quitting as an MP.

In a letter  to Conservatives in his Tatton constituency, he said: “I am stepping down from the House of Commons – for now. But I will remain active in the debate about our country’s future and on the issues I care about, like the success of the Northern Powerhouse.

“At the age of 45, I don’t want to spend the rest of my life just being an ex-Chancellor. I want new challenges.  I’m very excited about the opportunity to edit the Evening Standard. I’ve met the team there, and their energy and commitment to this great newspaper are positively infectious.”

He was regarded as  a likely  future PM until the Brexit  vote. His Tatton seat is regarded as a very safe Tory constituency.

At 11.05am today Prime Minister Theresa May announced that there will be an early UK General Election on Thursday June 8th.  In a political speech which marked the  start of the campaign , she criticised the other parties in the context of their stance on Brexit: “If we do not hold a general election now, their political game playing will continue” she  said.

The election requires a motion in the House of Commons to be passed by a two thirds majority. That motion will be tabled tomorrow.  The Labour Party alone could block the motion but May has clearly calculated  that they won’t want to be accused of running scared.   The current Tory lead  over Labour stands at 18 points which if that was repeated in the vote would deliver a Tory landslide. 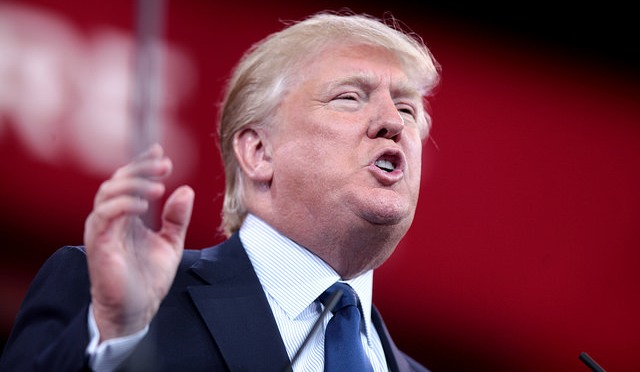 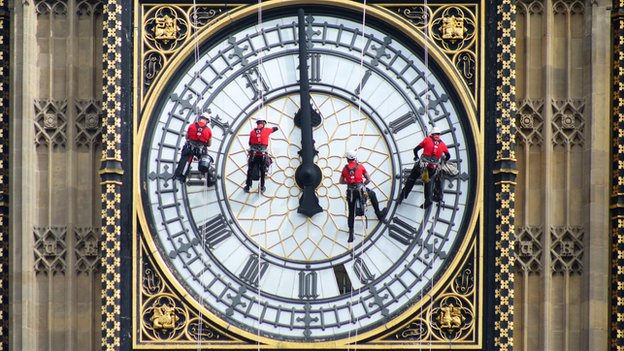 Tonight at 9.30pm on BBC2 a new television documentary, ‘Inside the Commons’ reveals behind the scenes parts of Parliament never seen by the public.

The Palace of Westminster has 1,000 rooms and three miles of corridors and is often referred to by insiders as Hogwarts.  Seasoned veteran Liberal Democrat Charles Kennedy admits to still getting lost in the building. The four part series goes onto the floor of the Commons chamber, allowing viewers to see exactly what MPs see during debates.

It took six years to persuade the authorities before they agreed to the series.  David Cameron talks about his dread of Prime Minister’s Questions;  “there isn’t a Wednesday that you don’t feel total fear and trepidation about what is about to happen. I think prime ministers have always felt that.”

There was opposition to the documentary from some MPs who have a “general hatred of the media” in the wake of the expenses scandal, and who made it clear they were against the project.

Sir Robert Rogers, the Commons clerk and chief executive (who resigned in 2014) deals with the the need to conserve the building and at the same time bringing its facilities, including communications technology into the 21st Century. “We’re trying to run a modern parliament in a Victorian building.”

The first episode of Inside the Commons is on BBC Two at 9pm on Tuesday 3 February and runs for four weeks.